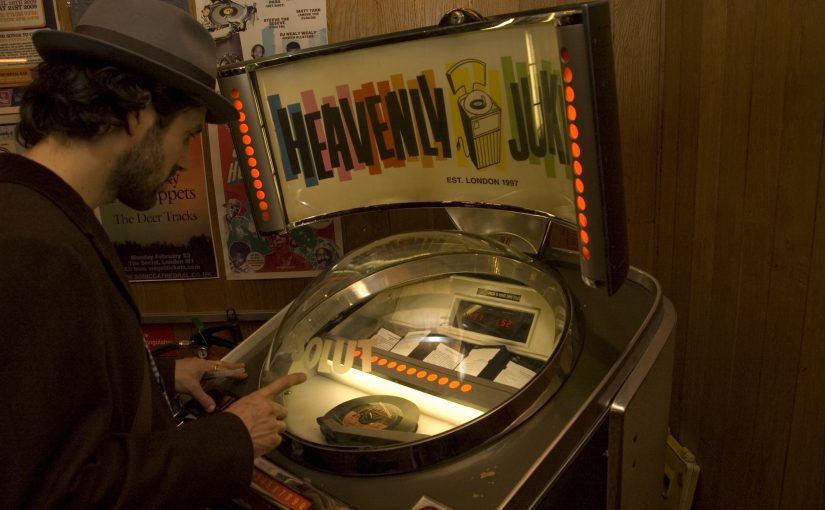 This is a paper presented at the 7th International Conference on Design & Emotion, at IIT Institute of Design, Chicago, October 4–7, 2010. and published in the proceedings: Blatantly Blues. ISBN 978–0615406664. It even won the “Best Design Case” award!

I have previously written about this project here and here, so there is no doubt lots of repetition, but you know — most of my design is about the same kind of stuff anyway.

Abstract: A project that proposes a novel form of jukebox interaction. This incorporates the findings of research projects that have attempted to link the selection of music through non-numerical interfaces and primary research that explores current scenarios of use in London pubs. The proposal is based on a system of tokens that can be issued and exchanged in a pub or club environment before being ‘played’ at a central, networked console. The project was exhibited at the Triennale di Milano for the SFC Consorzio Fonografici Milano in 2009.