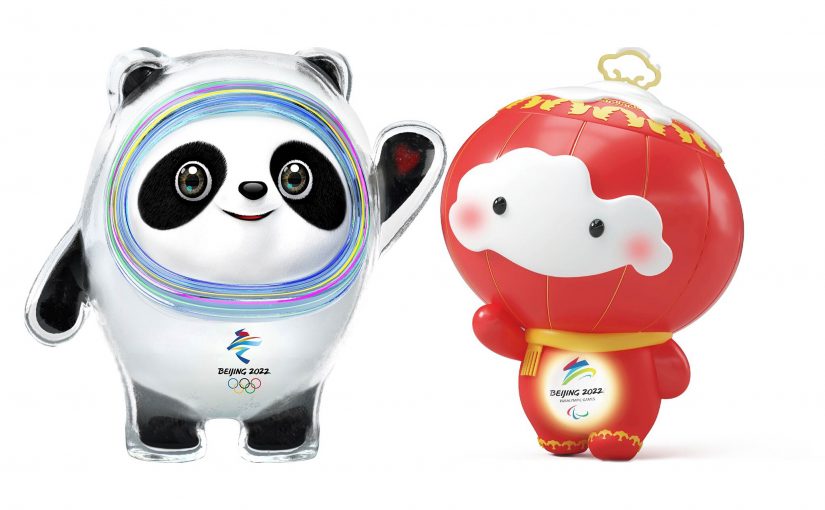 The new mascots for the 2022 Beijing Winter Olympics were unveiled today. This piece concerns the process, outcome and belated promotion for the mascots that never were — The NuFuWa 新福娃!

I have been interested in Olympic Design for some time, occasionally even writing about it, such as here and here. In these pieces I acknowledge that designing for the Olympics is not only an extremely tough gig but that the Mascots are the toughest component of that whole roster.

In a surprising demonstration of insight and forethought, the Chinese Olympic Committee elected to run the mascot design as a public competition. This opportunity encouraged a reported 5,800 submissions from 35 countries — one of which was mine. Actually a joint effort: Daisy Zhang did the character design, Hei Leung provided coordination and project management while I did the art direction. How did we get on? Well, I am here to report that, sadly, we didn’t win.

And so we have our new mascots.

冰墩墩 BingDuanDuan (Bing Dwen Dwen) and 雪融融 XueRongRong (Shuey Rhon Rhon) have been unveiled and anointed in a typically surreal and lavish ceremony. Professional courtesy prevents me from offering a critique of our new friends, but naturally we all wish them well. And now that they are out of the bag, I am at least able to present our entry here.

By way of disclosure I should point out that my position with the CAFA Visual Art Innovation Institute 中央美术学院视觉艺术高精尖创新中心 involves work on the Olympic project. My main responsibilities are linked to the design of licensing, merchandising and some equipment design rather than anything linked to the core elements. Because I wasn’t involved with the mascot project in any way, our team was allowed to submit an anonymous entry.

The idea came about through an approach of the brief in a completely logical manner: as the city prepares to be the first to host both the Summer and Winter Olympics, surely it already has its Mascots? — the much celebrated 福娃 FuWa. These were created by artist 韓美林 Han MeiLin for the 2008 Olympic Games and while they may not have aged particularly well (seemingly the curse of all Olympic mascots), they are recognisable to billions of people.

Actually the design of the original FuWa is a sort of smorgasbord of Chinese culture intertwined with spirit-of-internationalism type banalities. Not only does each one represent a different animal, but also different continents, the Olympic rings, different elements from Chinese traditional cultural heritage, different universal elements, different fengshui elements, different types of sport and different personalities. Only one of them appears to be an actual panda, but the other four also have panda faces. I think. Don’t they? In design terms this is really a dog’s dinner, but despite everything these five brave ambassadors were embraced wholeheartedly by the international Olympic community — indistinct heritage, overcomplicated back-stories and all.

But back in 2008 the FuWa were babies. Some sort of babies. Hence our by-now obvious concept — FuWa 2.0 — The same FuWa babies that you know and love, but this time they’re teenagers — all grown up, sassy, confident, and into Winter Sports.

It should be pointed out that in addition to the original FuWa, there was an entirely separate mascot for the Paralympics in 2008. NiuLeLe (Happy Cow) was not celebrated in the same way as the FuWa and in 2019 seems almost unbelievably crass not only in the choice of animal but also the name, depiction and overall metaphor. Still, the brief we had given ourselves was to update the 2008 mascots so on we go! In our version NiuNiu has grown up to be an athletic snowboarder with attitude.

Sadly it was not to be. Our rebooted FuWas were beaten in the end by an ice-encrusted Panda and a lantern-headed hominid. Together they serve to demonstrate more than ever that the mascot really is a tough design brief. The big shame is that Beijing had a get-out-of-jail-free card in the form of the original FuWa. They are perfect for a design reappraisal and in many ways beyond ridicule because they are already so embedded in the culture. Oh well.

Even while preparing the entry, we knew that an updated FuWa was never really going to be acceptable. The desire for novelty overrides everything in the current climate, but was a fun project to work on. Thanks Daisy and Hei!